About Kingdom
In Politics

Our mission is to inspire the global Church to develop Kingdom-minded leaders to take their next steps in running for political office. The political world is a fascinating environment where everyone’s an expert because everyone can vote. In politics, you see the best and the worst of humanity. And make no mistake, every politician has an agenda. Imagine the possibilities if those were Kingdom-minded agendas. During the last few years, I’ve been shocked by the lack of interest, knowledge, and outright disengagement the Church has demonstrated in the political space. I was stunned, because we live in societies run by laws and legislation, and those laws are becoming oppressive.

After experiencing first-hand the enormous void of the Church’s responsibility in politics, I knew something had to change. Why doesn’t the Church encourage members to lead in the political arena? Why don’t we inspire and support believers to run for office and implement Kingdom principles? Why are we so afraid to advocate for Kingdom minded agendas? As I pondered these questions, Kingdom In Politics was born.

A wise friend once told me, “What you permit, you promote.” Over the last 60 years, Church leaders have permitted silence when it comes to mixing politics and Christian values. This has promoted a clear message to believers that they don’t need to get involved, or lead in the public sector. The results have been catastrophic. Now is the time to invest in our nation! 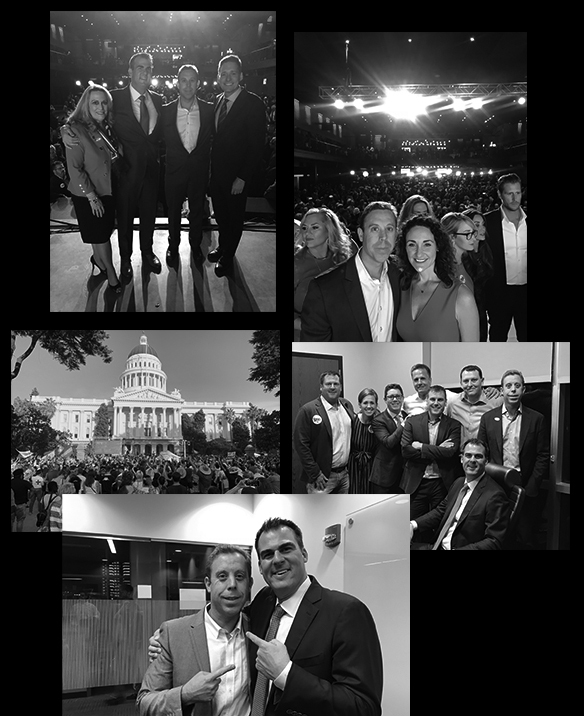 Kingdom In Politics Mission and Vision

There are more than 500,000 elected political positions in the United States. Over the course of the next ten years, we want to raise up 100,000 Kingdom minded believers to lead in our cities, counties, states and nation.
Our Mission:

To raise up an army of Kingdom-minded generational changers, who will make a lasting impact in the government arena.
Aamon's Goal:

To provide training for Kingdom-minded candidates and their staff, to help them anticipate and overcome the challenges that arise with running for office. To arm them with the tools and training necessary to accelerate their campaign, and create a reasonable path to victory. 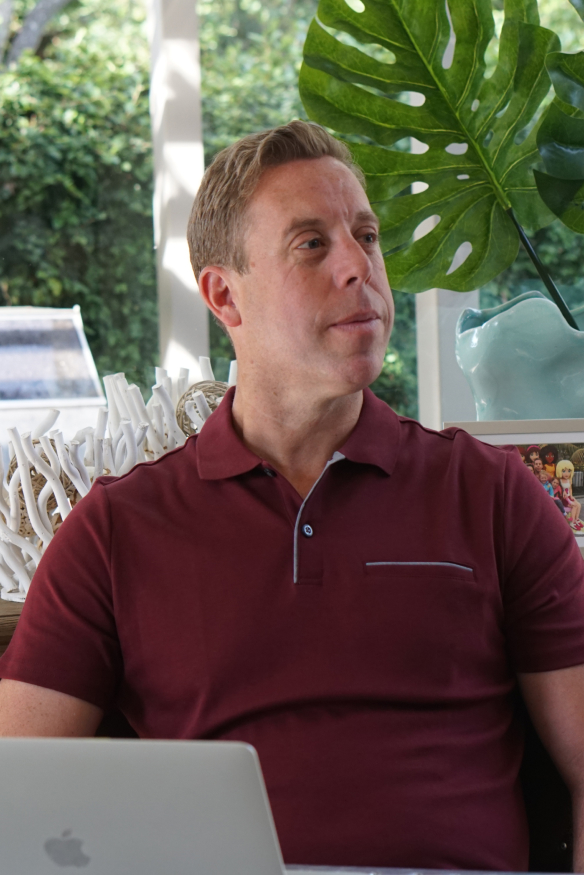 Aamon is a businessman and political strategist, who splits time between Oklahoma, California, and Colorado. He specializes in preparing Kingdom-minded leaders to run for political office. He is passionate about coaching talented leaders towards their higher calling. After 20 years in the business world, Aamon transitioned into the political space. Immediately, he became one of the few, first-time campaign managers in the nation to lead a first-time candidate for governor and win.

This recent success story is the campaign Aamon led for Kevin Stitt, the current Governor of Oklahoma. As a result of this victory, and Aamon’s level of success in raising up leaders, he decided to fill a gap in the political arena, which has been long been forgotten by the Church. Aamon created the Kingdom In Politics movement, which is a series of nonpartisan training programs, designed to inspire and prepare Kingdom- minded leaders to take their next steps in running for political office.

He has also created the proven Kingdom In Politics Trademark Approach, which is a strategic, three level system, based on key political information and criteria. As the founder, Aamon’s goal is to raise up an army of generational changers who want to make a positive difference in their cities, counties, states, or nation. He recently published several revolutionary e-learning courses, which serve as the foundation for the Kingdom In Politics movement. These courses are designed to prepare churches and small groups across the nation to make an impact in the world of politics and help launch you onto a reasonable path of victory.

Listen to the podcast now

KIP Podcast Overview:
For the last 60 years, believers have abdicated their responsibility in the political arena, resulting in massive cultural decline and the persecution of families, businesses, and religious freedoms. For those who are tired of just talking about the problems, and want to learn more about being part of the solution, Kingdom In Politics is for you.

This podcast is full of entertaining and informative, candid conversations with some of the nation’s most sought-after Kingdom-minded, political experts. You will hear from the next wave of believers, who grew tired of just talking about the problems in politics, and decided to do something about it. They are Kingdom-minded political consultants, candidates, subject matter experts, pastors, authors, attorneys, business owners and much more. They are changing the course of history for the next generation. Find out how you can too! Our mission is to educate and challenge you to become a part of the solution, as you embrace faith, inspire hope, and weaponize love.
‍

Listen To The Podcast Now

BENEFITS OF KINGDOM IN POLITICS

Community Impact: Most churches have Christian outreach programs that affect their cities and even other countries. Through the political space your church can and should make a positive impact through public service too!

Devoted To Service: By equipping your members through the KIP programs, and encouraging them to get involved in politics, your church can become a catalyst that brings Kingdom principles to your community.

Volunteering: Your church must be willing to volunteer outside the walls of a Christian organization. This includes politics, which has an incredible impact on your schools, city legislation, state laws and mandates, as well as, national and federal policies. Don't be afraid to step up and lead.
YOUR CITY:

Positive Change: Proverbs 29:2 Says when the righteous thrive, the people rejoice; when the wicked rule, the people groan. When you invest in making a Kingdom impact in your city through public office, you will bear good fruit.

The Church Cares: When the community leaders see the Church is actively participating in your city's future, it shows you actually care.

Impact Leadership: If the churches in your city supported their members in leading on school boards, city council, and at the mayor’s office, imagine the incredible, tangible, generational impact your city would experience.
YOUR STATE:

Legislation: Kingdom minded strategists are needed to fight ungodly legislation and craft new laws that will benefit your state. Kingdom ideals must fill the government space at all state levels.

Life: Godly men and women must raise a standard on all state levels to protect the sanctity of all life, ranging from the unborn to the elderly.

Freedom: We must stand up, lead and fight for democracy. Our state, as defined by the10th amendment to the United States Constitution, should protect citizen’s freedom of speech and freedom of religion from federal government overreach.
YOUR NATION:

Life: The only way to change the trajectory of your nation is to lead with godly principle sand fight for justice for all.

Liberty: Our freedoms are slowly being whittled away by power brokers and institutions that depend upon us giving in to their demands. But true liberty comes from God and He has equipped the Church with the ability to administrate a free society.

Pursuit of Happiness: John 15 says a good tree bears good fruit and a bad tree bears bad fruit. The nations of the world look to us as a beacon of hope and we must lead withKingdom ideals and bear good fruit.

Register for a Free Training

How to transform a city, state or nation by positioning kingdom minded people in places of authority.